As the influential design school approaches its centenary we explore the indelible footprint it has left on London, and the enduring relevance of the Modernist Movement.

“Let us together desire, conceive and create the new building of the future, which will combine everything — architecture and sculpture and painting — in a single form…”

Next year, the Bauhaus celebrates its one hundredth year. Arguably the most influential architecture, art and design school of the last hundred years, it was founded in Weimar, Germany by architect Walter Gropius.

Posters of the time reflect the wholehearted newness of this architecture. The trappings of previous centuries, with their antiquated, crumbling furnishings, are slashed in red paint. Such posters suggest that the old architecture and its cultural influence is fading and will be replaced with brash, bold and excitingly modern structures. The Bauhaus represented this new dawn, and its significance was felt almost immediately.

Despite its reputation for rigour and excellence, the school was closed by Nazi authorities in the 1930s. Many of its members went abroad, where they were to disseminate Bauhaus ideas through their work and teaching.

Rejecting ornament and embracing minimalism, this new found modernism became the dominant global movement in 20th-century architecture and design. In Britain, the term Modern Movement was used to describe the rigorous modernist designs of the 1930s to the early 1960s.

For architects in the mid-1920s, a utopian desire to create a better world also began to take shape. During this historical period, hundreds of thousands of people needed to be re-housed throughout Europe. Buildings, the architects envisioned, should not only respond to the needs of society but also actively liberate and elevate it.

Newfound emphasis on ventilation, hygiene, and the benefits of sunshine also permeated this new architecture. Crusaders for healthy living embarked on campaigns to divulge the health risks of the previous forms of housing, in favour of roof gardens, a lack of clutter, large windows and open-air spaces. Substandard housing was linked to tuberculosis, influenza pandemics and disease, so large social structures such as estates, schools and hospitals were re-envisioned to provide rationally designed, hygienic buildings.

In the 1920s and 1930s architects also produced a number of striking shop designs. The growing number of department stores needed taller buildings and large open-plan spaces. Architects used the latest technologies of steel frames and large sheets of plate glass to meet this demand. There was a move towards cleaner and simpler lines. Façades were smooth and curved without fussy mouldings. New materials like Vitrolite, a type of opaque glass, gave the glossy finish of polished stone without expensive craftsmanship. Often the only form of decoration would be in the signage of the store's name.

Britain was architecturally very conservative at the time, and the few architects building in the modernist style were mainly immigrants and émigrés.

Berthold Lubetkin was a Russian émigré architect who pioneered modernist design in Britain in the 1930s. Emigrating to London in 1931, Lubetkin set up the architectural practice Tecton, whose debut projects included two landmark buildings for London Zoo, the gorilla house and a penguin pool.

Tecton's housing projects included private houses in Sydenham, one of the UK's few modernist terraces at 85-91 Genesta Road in Plumstead, South London, and most famously the Highpoint apartments in Highgate. Highpoint I was singled out for particular praise by Le Corbusier, while Highpoint II exhibited a more surreal style, with its patterned facade and caryatids at the entrance.

Another immigrant, Erno Goldfinger moved to a flat in Highpoint I, London. Before World War II, Goldfinger built three houses (including his own) at 1–3 Willow Road in Hampstead, North London, and another at Broxted, Essex. His own house, 2 Willow Road, is now in the care of the National Trust. But Goldfinger’s role in the history British architecture was more boldly felt post World War II.

Established in 1934 as one of Britain’s earliest examples of modernist architecture, the Isokon’s narrative begins with a design firm of the same name, founded by Jack and Molly Pritchard and architect Wells Coates. Their debut project was to design an apartment building and its interior based on the principle of affordable, communal and well-designed inner-city living.

The Pritchards commissioned Wells Coates, who was from Canada, to design a concrete block of 36 flats in leafy Hampstead. The result was the Isokon.

Opening on 9th July 1934, the Isokon building served as an experiment in minimalist urban living. Most of the flats had very small kitchens as there was a large communal kitchen for the preparation of meals, connected to the residential floors via a dumb waiter. Services, including laundry and shoe-shining, were provided on site. The building originally included 24 studio flats, 8 one bedroom flats, staff quarters, a kitchen and a large garage.

The Pritchards lived in a one bedroom penthouse flat at the top, with their two sons Jeremy and Jonathan next door in a studio flat. Plywood was used extensively in the apartments; Jack Pritchard was the Marketing Manager for the Estonian plywood company Venesta between 1926 and 1936.

The communal kitchen was converted into the Isobar restaurant in 1937, to a design by Marcel Breuer and FRS Yorke. The flats and particularly the bar became renowned as a centre for intellectual life in North London. Regulars at the Isobar included Henry Moore, Barbara Hepworth and Ben Nicholson.

The building’s list of former residents includes Bauhaus members Walter Gropius, Marcel Breuer, László Maholy-Nagy, as well as Agatha Christie and Arnold Deutsch, the Soviet Spy. The block has been granted Grade I listed status, placing it amongst the most architecturally-significant historical buildings in the UK.

The post-war Labour victory was built on the promise of modernism as pioneered by Tecton. The Finsbury Health Centre became a model for the new National Health Service. To confirm the significance of Lubetkin's vision the Minister of Health, Aneurin Bevan, laid the foundation stone to Tecton/Finsbury's Spa Green Estate in winter 1946. Spa Green remained the flagship estate, adapting many features from the luxury Highpoint flats for working families, including lifts, central heating, balconies, daylight from multiple directions, and a spectacular roof terrace.

The post-war period in housing was one of the very few times in history that Britain has been at the cutting edge of architecture. UK architects may not have been the initial innovators of new forms of housing, and they may not have been the most prolific, but they led the world in a number of ways. In the years after the war, a great many architecture students undertook pilgrimages to the continent and especially to the south of France, where they went to see Le Corbusier’s Unité d’Habitation, one of the first major European post-war buildings and the primary source for much of the world’s high-rise housing of that era. Upon graduation, the best jobs were frequently to be had in local government, and inspired young men and women joined organisations such as the London County Council, where new thinking was very much the order of the day, and estates such as Alton West experimented with European ideas such as slab blocks and point towers.

As time went on, a new generation upped the level of experimentation further. Under the influence of the iconoclastic Alison and Peter Smithson, Jack Lynn and Ivor Smith designed Park Hill in Sheffield. This sprawling complex of more than a thousand flats challenged the Corbusian orthodoxy and endeavoured to recreate the positive spatial character of traditional working-class housing, while eliminating the horrible aspects of slum living. Spiralling down from a position overlooking the centre of Sheffield, this complex famously incorporated “deck access”. Better known as “streets in the sky”, this was an approach whereby flats were entered from communal platforms running through the estate, and was judged to be an improvement on the dark central corridors of the Corbusian model.

Another import from abroad, and perhaps the one that contributed most to the bad reputation of modern housing, was the introduction of system-building techniques. New developments in prefabrication originating from Denmark and France offered a way to drastically accelerate the production of homes.

In an attempt to solve the huge shortage of housing in the country following World War II, in which nearly 4 million houses had been destroyed or damaged, the British Government began to see high-rise buildings as a solution, and Erno Goldfinger in particular rose to prominence in England as a designer of tower blocks.

Among his most notable buildings of the period were the 27-floor Balfron Tower and the adjacent 11-floor Carradale House in Poplar, which served as models for the similar 31-floor Trellick Tower in Kensal Town. These three are notable examples of brutalist architecture.

For a while at least, British architecture was at the cutting edge of housing design, more innovative than both the more capitalist and socialist countries.

But this just meant that there was further to fall. The Ronan Point disaster of 1968, where a gas explosion caused the progressive collapse of a panel-built tower, marked the beginning of the end for advanced British housing. Over the next 20 years, the system-building boom unravelled, as estate after estate was found to have been seriously bodged by contractors. Rain ran down the inside of walls, vermin infested entire blocks, black mould appeared everywhere, concrete fell off the walkways; a litany of ineptitude meant that, in some cases, estates had to be demolished after less than 25 years.

“Living in a high-rise block does not force all its inhabitants to become criminals, but by creating anonymity, lack of surveillance and escape routes, it puts temptation in their way and makes it probable that some of the weaker brethren will succumb.”

There were, however, still estates that shone through. Chamberlin, Powell and Bon’s rugged, concrete Barbican has stood the test of time brilliantly, and now stands as a remarkably concise statement of the overall vision for modern housing – well-built houses with expert design making the most of the limited space of high-density living, with leisure and cultural facilities as integral parts of the overall vision. Across the road, the earlier Golden Lane estate by the same architects remains more than 50% inhabited by council tenants, suggesting that it isn’t the wealthier residents who make the difference.

Works that most clearly demonstrate the power and quality of the British contribution to housing were built in north London by the Camden council architects’ department. Under Sydney Cook, from the mid-1960s they created some of the most sophisticated and accomplished housing estates in the world, under very challenging conditions. Again, the models came from abroad, but what these young designers created using them is astounding. 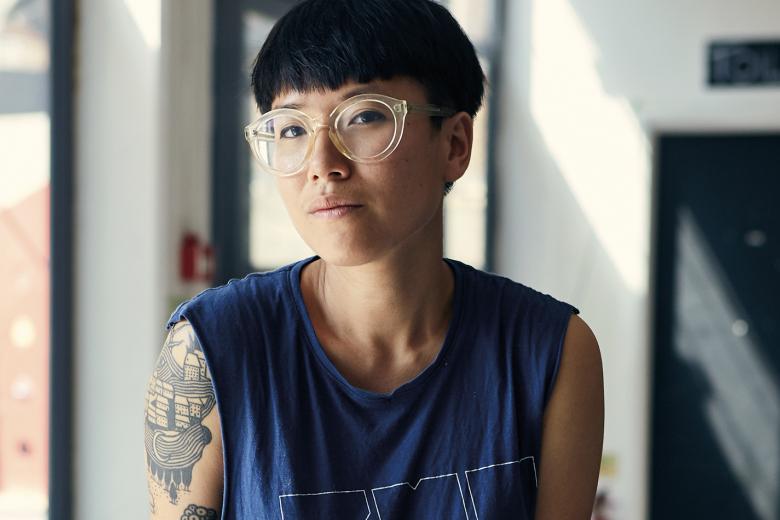 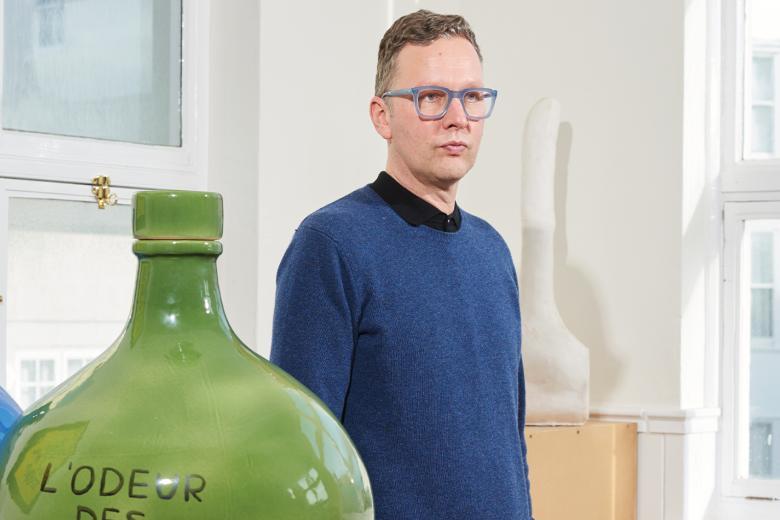 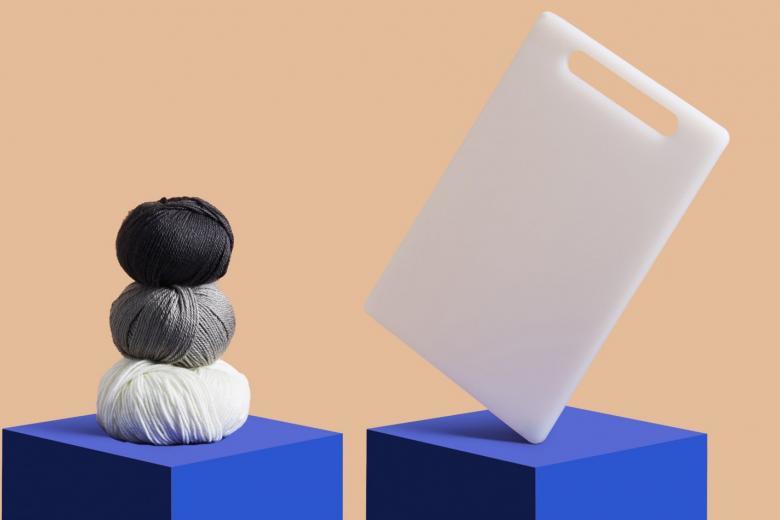 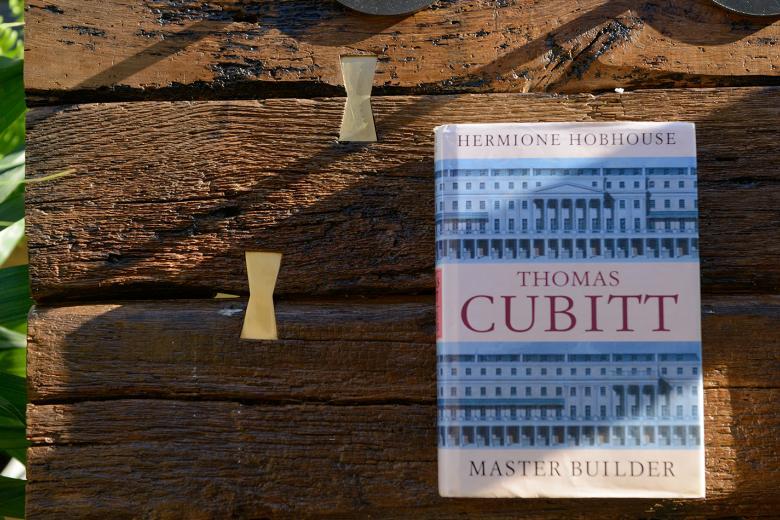