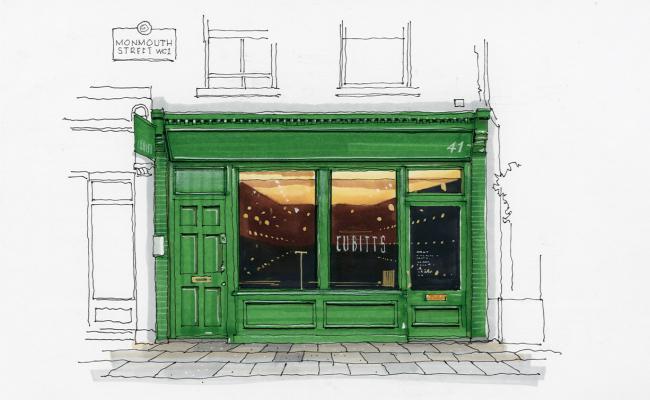 We have been working hard to ensure our store and our team are able to meet you safely. Please expect additional safety measures to be in place during your visit.

We look forward to seeing you soon.

Sitting close to the heart of Seven Dials, our Covent Garden store is inspired by the theme of light, shadow and the passing of time. The store’s glass shelving is inspired by the the gnomon of the nearby sundial, the centrepiece of this historic quarter. The Spanish Mahogany-clad walls are a nod to the building's previous incarnation as a funeral parlour, while the facade contrasts the store's mildly dark past with a life-assuring forest green.

A number of our stores have their own collection of bespoke, made-to-order frames, offered in 140 acetate colours or ethically-sourced water buffalo horn. Available exclusively at this location is The Covent Garden Collection, a series of four silhouettes inspired by and named after the surrounding streets.

Make a day of it

Our favourite Covent Garden spots, curated by the team.

The Crown: Known as ‘The Clock House’ back in Dickens’ day, he once described this pub as a ‘hot bed of villainy’ that the police would ‘no more think of entering therein than into the cage of a cobra’, but the gentrification of Seven Dials means that this pub is now more a hotbed of people enjoying a post-work pint (or five). 43 Monmouth Street, London WC2H 9DD

The Phoenix Garden: Established in 1984 on the site of a carpark, which itself had been built on a WWII bomb site, The Phoenix Garden is a local community garden nestled behind the Phoenix Theatre. Run by a committee of local volunteers, it’s the only one of seven original community gardens in Covent Garden to have survived. This surprisingly green haven holds regular social events, including an annual Agricultural Show, and is home to (possibly) the only frogs in London’s West End. 21 Stacey Street, London WC2H 8DG

J Smith & Sons: A beautifully-fronted yet slightly bizarre shop, James Smith & Sons has been peddling umbrellas to the people of London since 1830. Once it had four branches across the centre of the city, with the shop fittings in its remaining (Grade II listed) store on New Oxford Street dating back to 1865. 53 New Oxford Street, London WC1A 1BL